Unblock Car is an attractive and beautiful Android game for Android. This game, like many games introduced in DigiRoid, is in the strategy category. Today we are going to introduce this car puzzle game to you dear users. If you also want to play this thinking machine game, stay with us until the end. At the end, you can also download the unblock car game. Stay with us. 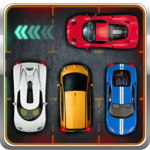 Brain games are very useful for increasing the efficiency of the human brain. Among intellectual games, puzzle games also have many fans. Puzzles are not just about putting pictures together. Sometimes opening a confusing coil or solving a big problem can be like solving a puzzle. The unblock car game is also one of the puzzle games. This Android game, which is also known as the intellectual car parking game among users, is considered an attractive and popular game. This game introduces itself as a popular game in the global market of Google Play with more than 10 million installations. The game does not have many features and complexity. You just need to enter it with a creative mind. Now we will look at some features of this game.

As we mentioned above, the unblock car game is a strategy game and of course a thinking machine game. In this game, you have to use your creative mind to move the cars so that the desired car leaves the park. This game is in a parking environment. In this Android game , a number of cars with different layouts have stopped your car. You have to very skillfully guide these cars to different environments so that your car is released and freed from this parking lot. If you don’t like your car to stay in the parking lot forever, get busy, move the cars with your high intelligence in the car puzzle game.