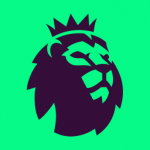 The English fantasy league program is a program for managing a football team. In this Android application, you have to choose your favorite team that is active in the English Premier League. After choosing, you need to strengthen your desired team. This game is a great game for those who are interested in the club. If you want to follow the English Premier League more sensitively, be sure to download this Android application .

How to play fantasy football

After signing up for Premier League Fantasy Football, you need to select your favorite team. This team must be one of the teams in the premier league of the island. Now that you have chosen your team, you must strengthen your team from among the working players. For example, we have used Ronaldo as a striker for our team. We have also used De Gea as a goalkeeper in the team. A few days or a few hours later, the Manchester team will enter the field in a real one. According to Ronaldo’s performance in the main game, he will also earn points in the fantasy league program. For example, if Ronaldo scores a goal or assists, the program will award points to this player. You who have used this player in your main composition will also benefit from this point.

Since you are using 11 players, all your players will earn points. At the end of each week’s games, all the points earned by your players will be added together. Finally, based on the points you get, you will enter the leaderboard. It is your art to choose the best players for your team and use them in the composition. If you don’t have the right players, you definitely won’t get a good score. Of course, you can’t overdo it in buying good players, because initially the English fantasy league program gives you a certain and fair budget to buy players.

If you want to compare your team strength with your friends, you can use the league section. In this section, a person as a manager starts a new league. Anyone who has the corresponding fantasy league code can join that league. For example, if you want to show off your strength in your team, all you have to do is enter the fantasy league code and enter the same league. Then you can get the right position by earning different points. Usually, different sports channels and pages use this method for branding and of course holding competition between their users.

Prizes have been considered for the users participating in this program. From the series of fantasy football awards of the Premier League, we can mention the teams’ shirts – players’ statues and… Unfortunately, these awards are not available in Iran. But users who are outside of Iran can benefit from its valuable prizes by working in this application and getting good points in the British Fantasy League program.

Another important part of the English fantasy league schedule is the news section. If you are interested in the English Premier League, you will definitely need its news. For example, by following this section, you can find out about the daily transfers of this league. If the coach has a problem with his player, you can also get enough information from this issue. In general, any news that happens in the league and is of great importance will be visible to you users. So, if you are also interested in the news of this league, you can install the fantasy football program of the Azeri League.

Display the table in the English fantasy league program

But one of the other important parts in the English fantasy league program is to see news and information about the league, club and players. Where our favorite team is in the league table is important to us. You can use this section to check the status of the Premier League of the island. In this section, you can easily get information about the English Premier League. You can find out about the points difference or goal difference of the teams.

If you don’t have enough time to browse the news and results of your favorite team, you can find out about the live results of your favorite team with the help of this section showing the table and statistics of the English Fantasy League program. For example, if Manchester United and Chelsea are playing a game together, as soon as a goal or something happens in the game, the program will inform you about this. So enjoy browsing the news and results without any worries.

Users who are on the fantasy football site can refer to this section.

If you are also looking to create a team with the best fantasy football composition of the Premier League in the English fantasy league program, be sure to download this program.