This game is one of the hobbies of us gamers. In this post from the series of Android game posts, we are going to introduce you to the PES2012 football game. This game, which is known as the football game 2012, is one of the most attractive mobile games. Stay with us until the end of this post. 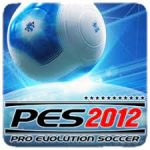 Football game 2012 or PES2012 is a very attractive game for those who are always looking to download football games for mobile. This game is made by the Japanese company Konami. This mobile game has many attractions and users are always looking to download it. But let’s see why it has become so popular. Soccer has always been a popular sport. When the World Cup starts, many people are glued to the television. On the night of the Champions League games, fans of millions of teams always adjust their plans to watch this game. Therefore, football always has its own fans, whose number is not small.

Competition with national teams in PES 2012

One of the interesting parts of this Android game is the national competitions. You can choose your favorite national team which is probably England, the USA, or Brazil. Then you can face other national teams. You can play with Spain-England-Brazil-Argentina and other teams and beat them. Football game PES2012 on PC has always brought with it many fans. In the PC and PS4-PS3 versions of this game, there are sections such as Become a Legend and Master League. In these sections, you can start your football as a professional football player from an unknown position and join better teams. The system of this game style is so professional that when you play well, you will be transferred to better teams. But if you don’t play well, good teams will definitely not wait for you. You may even get kicked out of your club or not play.

In this PES2012 soccer game, it is very important that you can keep yourself in the team and bench other players. Be very careful about the opportunities you take. Small opportunities determine your fate in the rest of the game. If you can use individual positions, then you can move to big European teams and enjoy playing in these teams. But if you can’t use these situations, then you will lose the game.

In the Master League section of this Android game, you will become the owner of a team and learn about the principles of team ownership. You choose a team and manage it with you. Your need to manage your club’s budget well so that you can buy the players you need. You can also sell the player you want from the team when you decide. This will increase your club’s transfer budget. But having a team in PES2012 does not end only with management and transfer. But you should also keep your team composition in an ideal state. For example, you have to determine which player you would like to play as a goalkeeper and which player is a defender and attacker for your team. After completing the composition, you must enter the game. If you can win the games then you can be sent to different cups and tournaments and bring more cups for your club. The way to become a star in your club is very open.

Also, the part that is very attractive to me is the player buying the part. In the football game PES2012, you can buy players according to your taste. If you are a fan of a club and you want the best players to play in your club, be sure to use this feature in the soccer game that we have put in for you. For example, if you are a fan of Real or Barcelona and you want to return Neymar and Ronaldo to their teams, you can do it in this game.

Graphics are the most important element in enjoying the game. If the graphics of your game are at a low level, then you will not enjoy playing. But the football game PES2012 has high graphics. In such a way, the faces of football players are beautifully designed and make this Android game very close to reality. I personally enjoyed playing this game. Konami officials are always trying to bring this game closer to reality. Day by day this football game made for mobile is improving. In this mobile game, even on the audience, very high accuracy is considered. Their form of movement and cheering are very carefully checked and that’s why this game has become a real football game.

So, if you want to find your passion in the real world, then definitely try this android game. In the PES2012 soccer game, you have the chance to play soccer in a virtual but completely real world. Many spectators are waiting for you to shine in this game and show your best game. Of course, it is also necessary to mention that some users are looking for the 2012 football game with reports in different languages. I personally do not recommend this version to you. Sometimes tampering with game versions is not the right thing to do.

This is a single-player game

The football game PES2012 that we have placed for you on the Dgroid site is a version without data. You do not need to download the heavy data file of this game. One of the reasons for the popularity of this game is the lack of data. Many users have problems with downloading and running the game data. Data usage always makes you consume a lot of internet. If you are also interested in this game, I suggest you download the free soccer game 2012 from the Dgroid site as soon as possible.

Become a superstar in Soccer 2012

There is an interesting part of the PES2012 football game where you can live your football dream. You enter a section where you have to create a player. You can set hair color, eye color, beard, and other characteristics of the player you want. When the setup is finished, the game will randomly transfer you to a low-ranking club. It is your duty to start from this low-class club and give your best game. The better the player, the higher your power will be. Of course, if you are looking for convenience, you can use a ready player like Messi or Ronaldo to do this. Then you will enter the current team of these 2 players. Of course, my personal opinion is that if you use the ready player, you will enjoy this part less.

If you build a player from scratch, you will enter a small team. Your strength is very low at first. It is your art to increase your power by performing team and individual tasks. Of course, before each game, a set of goals will be defined for you by a personal coach. For example, you are asked to shoot 3 shots toward the goal. By completing these goals and playing well, your power will increase. Then big teams will come to you and you can experience the joy of playing in big teams in the PES2012 football game. You can play for Barcelona, ​​Real Madrid, Manchester, or any other team. The condition of your success is only patience and a a good game.

You can now download this Android game from the Dgroid website. Also, don’t forget to share your comments with us in order to improve the content of Ddgroid. To support our website, you can also follow Digi Royd’s Instagram page. We are always looking for interesting and entertaining mobile games for our users. Also, keep in mind that if you need a game or Android, you can share it with us. The authors of the Digiroyd website will put your chosen program or game on the website as soon as possible.