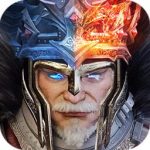 One of the most attractive and best game styles for Android is the strategy style. For this reason, many users are looking to download these types of games. Strategy games challenge your multiple senses and strengthen your different skills in several ways. For example, you must be an accurate accountant and be able to keep track of your money in the game. You need to spend your money in the right place so that you can manage and lead your country, territory or army in the best way. The battle of the kings game is exactly the same style of games. Today in this post we are going to introduce this game to you. If you are also interested in strategic games, stay with us until the end and install Sultans game.

Features and introduction of the Battle of Sultans game

We are at your service, dear users, with the post of Persian Sultans game download. In this section, we are going to introduce this Android game to you. In this Android game, you first own a territory. You have to expand this territory and build suitable buildings in it. You have to build farms, house, war building, defense ministry building etc. in your territory so that you can help the development of your territory. But don’t neglect to upgrade the buildings, you should also upgrade your own buildings in addition to building new buildings so that you can use better quality forces. For example, if you want to have powerful soldiers, you need to upgrade your barracks building to have powerful soldiers. In the Battle of Sultans game, try to spend your money in the right place. By doing this, you can be very close to winning the game.

Another feature of this Android game is the ability to create and join different alliances. In this Android game, you can join alliances to increase your power. By doing this, your power will increase greatly along with the power of your other allies, and accordingly, you can react appropriately to your enemies. You can take good care of yourself against enemy attacks with a proper alliance. You can also attack enemies with your allies. Your forces will be more powerful next to the forces of your friends, and this will increase your power and the probability of winning the battle. Therefore, it is very important to create or join an alliance after downloading the Battle of Sultans game.