aa is one of the interesting and old games for the Android operating system. Today we are going to introduce you the game which has been very popular in the past. This beautiful and attractive game introduces itself as an attractive and beautiful game in the global market of Google Play with more than fifty million installations. Another thing that confirms the attractiveness of this game is the rating of 4.3 out of 5. In the following, we will get to know more about this Android game . So stay tuned with Digiroyd. 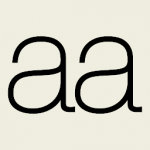 AA was once one of the most popular Android games. Of course, even now this game can be included in the category of attractive games. This score game is also known as throwing the needle into the circle. In this attractive and beautiful Android game, you have to throw the needles you have towards the circle. All of your needles should hit the circle directly. If your needles happen to be on top of each other, you will lose. In the following, we will accompany you with the training of this game.

As we said above, aa is a game of throwing a needle in a circle. When the game starts you have a small number of needles. The circle rotates in the middle of the game. By rotating it, you have to tap the screen to circle the needles you have. Those who install the aa game are those who tend to test their high concentration. This game gets harder at higher levels. At first you have a few needles. But when you reach the upper stages, your needles will also increase. The more needles you have, the more you need to space them out on the circle. Accordingly, you must throw them with great precision so that they are exactly together.

Many users are looking to download aa game for PC. But this game is only for Android. You can download the aa needle game from the Digiroyd website.

Home » Android game » Download aa 1.7.1 – the game of throwing the needle into the circle for Android